Democratizing Data Science – the human in the loop

In this talk I will shortly explain that Data Science is all about
modeling with data. My own goal is the democratization of modeling to make it accessible to a broad audience, especially to those people that have data and want to answer questions based on this data. Often times, these folks are experts in their own fields, but not necessarily experts in math, stats, or computer science. The “secret” weapon in my approach is the appropriate use of visual analysis, leading to the field of Visual Data Science. I will present a number of developments in vis tools that make the interaction with data much easier than ever before. Further, I will talk about the challenges in collaboration between visualization experts and domain scientists in creating visual tools for very specific applications.

My adventures with Datalog: Walking the thin line between theory and practice

I have worked on various subjects, but ever since my years as PostDoc, I have been fascinated by Datalog, a logical programming language for reasoning and database querying. I will start this talk with a short introduction to Datalog, followed by an overview of some theoretical results on Datalog variants. This will be interleaved with a tale of four Datalog-related companies I co-founded: DLVSystem, Lixto, Wrapidity, and DeepReason.ai. I will also comment on the difficulties an academic has to face when spinning out a start-up, and on the satisfaction you may experience when your results are used in practice.

Georg Gottlob is a Professor of Computing Science at the Oxford University Computing Laboratory, Oxford, UK, and an Adjunct Professor of Computer Science at the Vienna University of Technology, Austria (TU Wien), where he is a member of the Information Systems Institute. His research interests are database theory (in particular, query languages), Web information processing, constraint satisfaction problems, nonmonotonic reasoning, finite model theory, and computational complexity. On the more applied side, he supervises a number of industry projects dealing with expert systems and with multimedia information systems. From 1989 to 1996 he directed the industry-funded Christian Doppler Laboratory for Expert Systems. He is a co-founder of Lixto Corporation.

Gottlob got his Engineer and Ph.D. degrees in Computer Science from TU Vienna, Austria in 1979 and 1981, respectively. Before he moved to Oxford in 2006, he was a Full Professor of Computer Science at TU (since 1988). Before that, he was affiliated with the Italian National Research Council in Genoa, Italy, and with the Politecnico di Milano, Italy. During the spring semester 1999 he was invited McKay Professor at UC Berkeley.

Georg Gottlob has recently helped to build up the Information Systems Group at Oxford University’s Computing Laboratory. He is, moreover, a founding member of the recently established Oxford-Man Institute of Quantitative Finance.

How can we support organizations in developing data-driven business models? This talk will take you on a journey of business model creation and example examiniation. It will touch on understanding your own data, examining ist quality, and perceiving it as a valuable asset as well as on methods from artificialy intelligence to generating insights and building “intelligent” systems.

She has published more than 150 scientific papers in conferences and journals and supervised over 15 of Ph.D. theses. Since 2010 Stefanie is General Chair of the I-Know conference series (www.i-know.at), she acted as Program Chair of EDF 2015 and EC-TEL 2012 conferences. Stefanie earned her habilitation in Computer Science from Graz University of Technology (Austria), where she has been teaching undergraduate and graduate courses since 2002. She holds an M.S. and a Ph.D. in Computer Science from the University of Colorado at Boulder (USA). Before joining Know-Center, she led various projects at Daimler (Chrysler) Research in Ulm (Germany) and was a product manager for web-globalization services at GlobalSight in
Boulder (USA).

Stefanie is an interdisciplinary researcher in the fields of data-driven business and adaptive systems. She has a strong background in computer science, especially artificial intelligence. Her research focus is the integration of data-driven approaches (e.g., machine learning, neural networks) with knowledge-based models (e.g., ontologies, engineering models) and human computer interaction. On the business side, Stefanie has extensive industry experience in process and technical consulting, solution sales, marketing and organizational development for international companies.

Recommender Systems are nowadays successfully used by all major web sites — from e-commerce to social media — to filter content and to make suggestions in a personalized way. Academic research largely focuses on the value of recommenders for consumers, e.g., in terms of reduced information overload. To what extent and in which ways recommender systems create business value is, however, much less clear, and the literature on the topic is scattered.

In this talk, we review existing publications on field tests of recommender systems and report which business-related performance measures were used in such real-world deployments. We summarize common challenges of measuring the business value in practice and critically discuss the value of algorithmic improvements and offline experiments as commonly done in academic environments. Overall, our review indicates that various open questions remain both regarding the realistic quantification of the business effects of recommenders and the performance assessment of recommendation algorithms in academia.

Dietmar Jannach is a full professor of Information Systems at AAU Klagenfurt, Austria. Before joining AAU in 2017, he was a professor of Computer Science at TU Dortmund, Germany. In his research, he focuses on the application of intelligent system technology to practical problems and the development of methods for building knowledge-intensive software applications. In the last years, Dietmar Jannach worked on various practical aspects of recommender systems. He is the main author of the first text book on the topic published by Cambridge University Press in 2010 and was the co-founder of a tech startup that created an award-winning product for interactive advisory solutions. 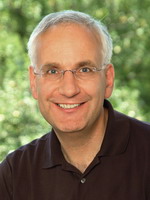 Results of my research can be read in my published papers, listed by DBLP or Google scholar. I rather wish to initiate a discussion on teaching computing as to (a) content delivery and (b) content development. Thus my talk will not be exhaustive, but give examples to start a discussion.

Several personal experiences over the last year stimulated the choice of this topic: (1) Lack of essential skills and holistic knowledge by some (but not all) computing students, (2) the suggestion of using “work-place observation” as main driver for curriculum development, and (3) the mismatch between aims of the high school curriculum and the high-school teacher education curriculum as to Artificial Intelligence.

I will identify potential causes for lack of essential skills by students and contemplate about possible measures in content delivery. As to content development, I do not believe that “work-place observation” should be a main driver. We have to be forward looking since information technology is evolving till students graduate in 3-5+ years and will further evolve during the 35+ years of their future working life. I will look back to the Computer Science curriculum of 1980 at TU/Uni Vienna and argue that its high theory content and its foresight in topics taught trained, from a perspective of almost 30 years later, graduates for a working life. Thus, I am very much convinced that we do the best for our students if we keep or increase theory and fundamentals in our curricula in Computer Science as well as in Business Informatics.

Finally, I will argue the case for including a compulsory course on “Introduction to Artificial Intelligence” in teacher education curricula.

Michael Schrefl received his Dipl.-Ing. degree and his Doctorate from Vienna University of Technology, Vienna, Austria, in 1983 and 1988, respectively. During 1983–1984 he studied at Vanderbilt University, USA, as a Fulbright scholar. From 1985 to 1992 he was with Vienna University of Technology. During 1987–1988, he was on leave at GMD IPSI, Darmstadt. He was appointed Professor of Business Informatics at Johannes Kepler University of Linz (JKU), Austria, in 1992, and Professor in Computer and Information Science at University of South Australia in 1998.
He currently leads the Department of Business Informatics – Data and Knowledge Engineering at JKU , with projects in business intelligence, semantic systems, and web engineering.

Michael Schrefl is (co-)author of over 150 refereed journal and conference publications. He has been Chair of the Curriculum Committee for Business Informatics at JKU for over 25 years and been involved in the development and international accreditation of computing curricula in Australia and Austria. 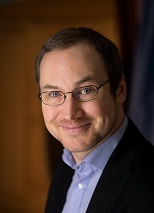 Some Biases in Data Science

Data Scientists are beset by potential biases, which lead to skewed analysis results and predictions. Some of these biases, such as biased data and algorithm bias, have received extensive coverage in the press and popular science books. Biases that are more specific, such as selection bias, metric bias, and reporting bias, are less widely reported. Lesser-known biases, such as pool bias, only affect sub-areas of Data Science. This talk gives a rapid overview of these biases, including examples of their occurrence and their effect. The influence of the combination of these biases on the reliability of published results is discussed, along with various paths toward improved awareness and reduction of bias.

Allan Hanbury is Professor for Data Intelligence at the TU Wien and faculty member of the Complexity Science Hub Vienna. He was scientific coordinator of the EU-funded Khresmoi Integrated Project on medical and health information search and analysis, and is co-founder of contextflow, the spin-off company commercialising the radiology image search technology developed in the Khresmoi project. He does research in the general area of Data Science, with a focus on Information Retrieval and Evaluation. 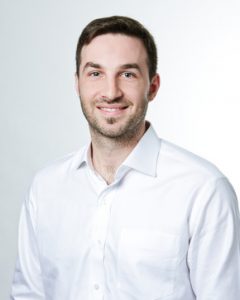 Process Mining is a novel family of automatic analysis technique that extract interesting insights from event log data and projects them onto process models. So far, research on process mining has focused on developing better algorithms to analyze processes. In this talk, we will demonstrate that process mining techniques also bear the potential to study phenomena of organizational science. To this end, we explain the foundations of process mining and show how it can be used to highlight routine dynamics.

Jan Mendling is a Full Professor with the Institute for Information Business at Wirtschaftsuniversität Wien (WU Vienna), Austria. His research interests include various topics in the area of business process management and information systems. He has published more than 350 research papers and articles, among others in ACM Transactions on Software Engineering and Methodology, IEEE Transaction on Software Engineering, Information Systems, Data & Knowledge Engineering, and Decision Support Systems. He is member of the editorial board of seven international journals, member of the board of the Austrian Society for Process Management, one of the founders of the Berlin BPM Community of Practice, organizer of several academic events on process management, and member of the IEEE Task Force on Process Mining. His Ph.D. thesis has won the Heinz-Zemanek-Award of the Austrian Computer Society and the German Targion-Award for dissertations in the area of strategic information management.

Prof. Edeltraud Hanappi-Egger is from her educational background a computer scientist and an experienced researcher and head of interdisciplinary teams. Since 2002 she is full professor for “gender and diversity in organizations” at WU. She was at various national and international research institutions guest researcher (e.g. 2011 at LSE, 2014 at McGill University) and her work was awarded several times. Hanappi-Egger is an expert on organization studies and gender topics, and as such Edeltraud Hanappi-Egger has published more than 350 articles, books and book chapters on gender and diversity, organization studies and diversity management. In 2014 she got the Jean Monnet Chair for „Gendered Inequalities and Classism in Europe“ from the European Commission. Since October 2015, she is rector of the Vienna University of Economics and Business.